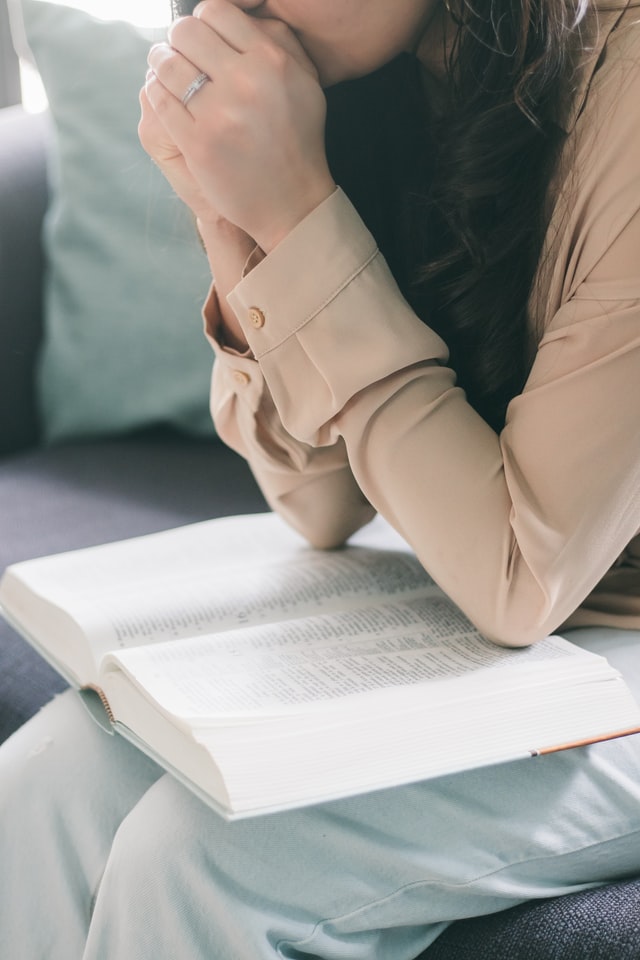 Have you heard the Prayer to St. Michael the Archangel before?

It’s more likely that you know his name but doesn’t know about his story and origin. St. Michael is the most powerful archangel, and you can learn about his war against evil in the Book of Revelation 12:7-8.

Did you know that devotion to Michael the Archangel is one of the ancient devotions of the Church?

No doubt, his roles in the divine plan of God date back before the Incarnation…

“The battle against the devil, which is the principal task of Saint Michael the Archangel, is still being fought today, because the devil is still alive and active in the world.”

It was St. Michael who led the army of God against Lucifer and other rebellious fallen angels.
He is also the one who protects the Catholic Church and her Pope, and at God’s commands will reprise his role against the Antichrist in the End Times.

Who is St. Michael the Archangel?

Saint Michael the Archangel is not totally a saint, but an angel and the leader of all angels as well as of the army of God.

That’s what the name “Archangel” implies—that he is above all the others in rank.


Further, St. Michael has four main offices or responsibilities, as you know from Scripture and the Christian tradition:

St. Michael was an advocate and leader for the people of God under the Old Law, however, he continues to be the defender in the New Law after the arrival of Jesus.

Devotion to St. Michael the Archangel has been present in the lives of the Catholic faithful from the Church’s earliest centuries.

He is now recognized as the Guardian of the Blessed Sacrament. He was the advocate of the patriarchs in the Old Testament and is considered by most eminent Doctors of the Church to have been the angel assigned to be with the Savoir in His thirty-three years on earth.

Many Christian traditions name him the above four offices because of many different miracles and events connected with St. Michael.

He was also considered the Patron Saint of policemen, police officers, soldiers, and a vital aspect of faith for most Christians in law enforcement. Police officers pray the St. Michael police prayer to protect them from any harm.

Why You Should Pray to St. Michael the Archangel

The world is engaged in a war that has gone on for all human history—in one form or another—between the devil and God. Every people had their own battles against the dark side, trying to turn them away from eternal life with the Creator.

The idea of Satan for human’s eternal life is one spent with him in misery and hatred, and he is after as many souls as he can get. You should not be frightened of the evil and ask for St. Michael to help in this prayer and others like it.

Keep in mind that you work to defeat your real enemies every time you pray, and not one another, but rather the devil and his devil spirits. The world and the Church require regular protection from St. Michael the Archangel.

Hence, there’s no time to waste!

Let us invoke his protection for the Church in your own life as well every time you feel the spiritual attack. St. Michael is a true powerful intermediary.

Collection Of Prayers To Archangel Michael

Glorious Saint Michael, Prince of the heavenly Armies, be my guide, Defend me in the fight against the spirits of wickedness.
With full confidence I come to you.
I implore your blessed intercession for the solution of my economic burdens and difficulties.
With a heart of light, I direct this request, trusting in your infinite power and wisdom.

Please place a Protection bubble of white light around me and do not allow other energies to affect me.
Please use your sword and cut any cords and ties to anything and anyone who has been holding me back.
Please shower white healing light over me and protect me always.

St. Michael the Archangel, defend us in battle. Be our defence against the wickedness and snares of the Devil.
May God rebuke him, we humbly pray and do though.
O Prince of the heavenly hosts, by the power of god, thrust into hell Satan , and all the evil spirits, who prowl about the world seeking the ruin of souls.

Dear Archangel Michael, I ask for your assistance now.
Please go through my body, my mind , my beliefs, my home and place of work and clear out all negative energies including stored traumas, fear, worry, doubt, jealousy, angel, hard, judgement, mistrust , betrayal and critics.
Fill the voids with absolutely love, joy and happiness!

On September 29, Catholics pray to this great angel and saint to protect and guard them and the Catholic Church from their enemies.

According to the legend, Pope Leo XIII created the newly famous “Pray to Saint Michael” after rejoicing the Holy Sacrifice of the Mass along with a group of cardinals.

The Holy Father fell to the floor at the altar’s foot during the mass. It appeared that the Holy Father has suffered and died from a stroke. Unexpectedly.

The Pope revived and explained, “What a horrible vision I was allowed to see.”

Seemingly, the pontiff saw a future influx of demonic forces into the Catholic Church.

Later on, he authored the following prayer to Saint Michael, seeking to gain more protection for the Church.

Pope Leo XIII also commanded the prayer to be prayed by the priest and faithful at the end of each low Mass.

Saint Michael the Archangel, defend us in the battle,
be our safeguard and protection against the wickedness and snares of the devil; may God rebuke him,
we humbly pray; and do thou, O Prince of the heavenly host,
by the power of God, thrust into hell Satan and all evil spirits who wander through the world seeking the ruin of souls.
Amen.

What is the Chaplet of St. Michael?

In case you didn’t know yet, the Chaplet of St. Michael is a Catholic devotion to the Michael the Archangel as well as the nine choirs of angels under his charge.

Most people are very much acquainted with the prayer to Archangel Michael for financial help, often prayed at the end of the Rosary and it’s massively based on Scripture.

Keep in mind that the Chaplet itself was uncovered to a Portuguese Carmelite nun, Sr. Antónia d’Astónaco, in the 19th century.

St. Michael often showed to Sr. Antónia and commanded her to pray to the nine choirs of angels for the glory of God and the grace to live a holy life.
The Chaplet of St. Michael was sanctioned by Pope Pius IX in 1851, even though the apparitions themselves were never allowed or condemned for that matter.

Compared to the Chaplet of Divine Mercy, the Chaplet of St. Michael the Archangel has its unique set of beads.
You see, the Chaplet is prayed on a set of prayer beads that is composed of nine sets of one Our Father beads and three Hail Mary beads.